I learned this character fairly early, for it’s “gather/meeting” meaning. But then later, I found out it’s also used to describe my old career: accounting! Despite that, I still like it. 😂

And thanks to my bad writing/drawing skills, the traditional version looks like a smiling man in a hat. 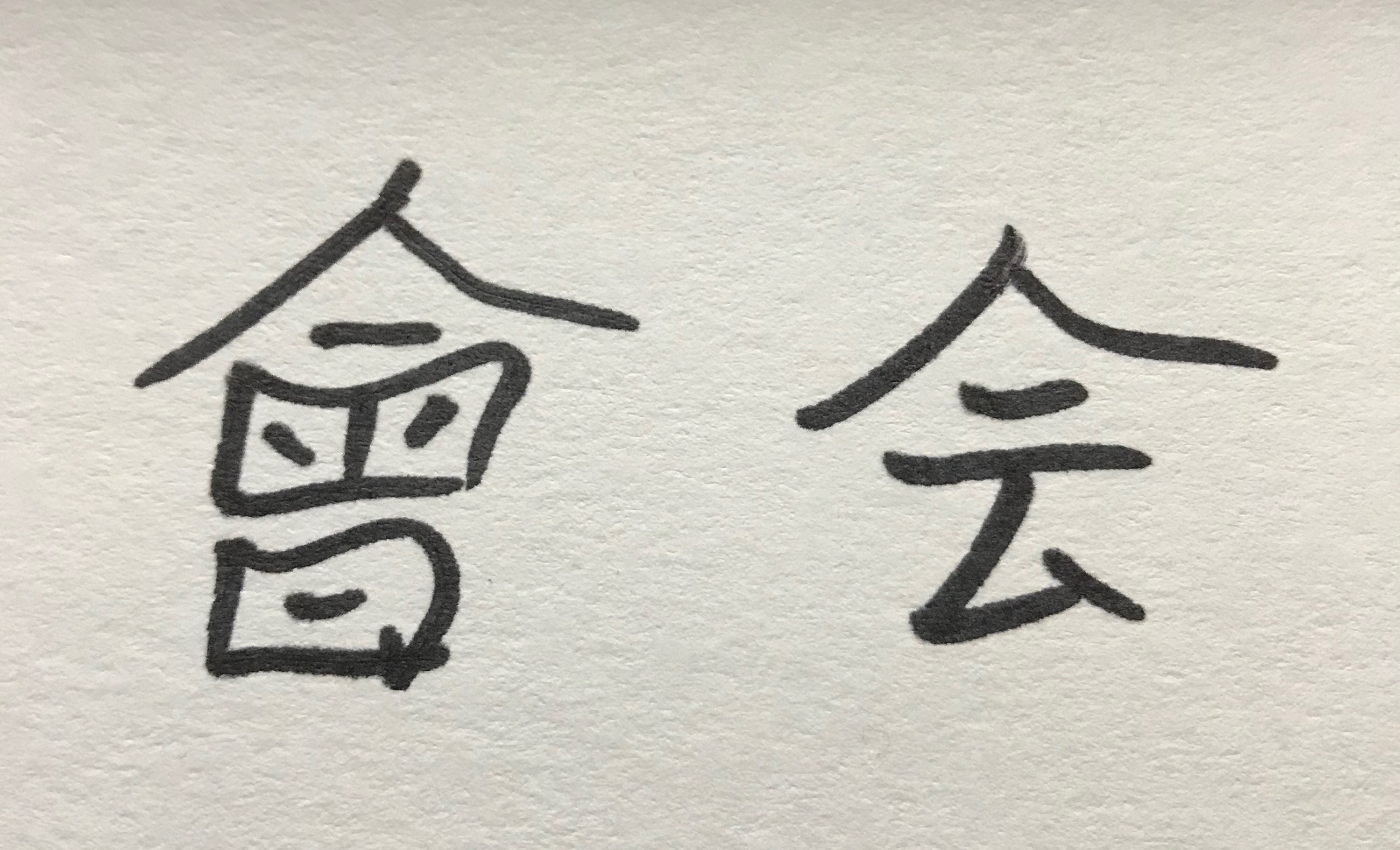