Today’s hanzi is “一”, the hanzi for the number 1. As that’s a single stroke, I thought it was a bit anti-climactic. So, I decided to draw the hanzi for 1-9 instead. That means I might skip over the other numbers as they come up (but I only think 1 more does in the month).

I’ve arranged them the way numbers are arranged on a phone pad, which people in most parts of the world are familiar with. Yes, the digits on phones in China are arranged the same way. And ‘0’ is written the same way. There IS another character that’s sometimes used, but ‘0’ is pretty common. I may save that alternate ‘0’ for another drawing/post.

I THINK the interpretation is fairly self-evident, but it’s also left as an exercise for the reader. 😊 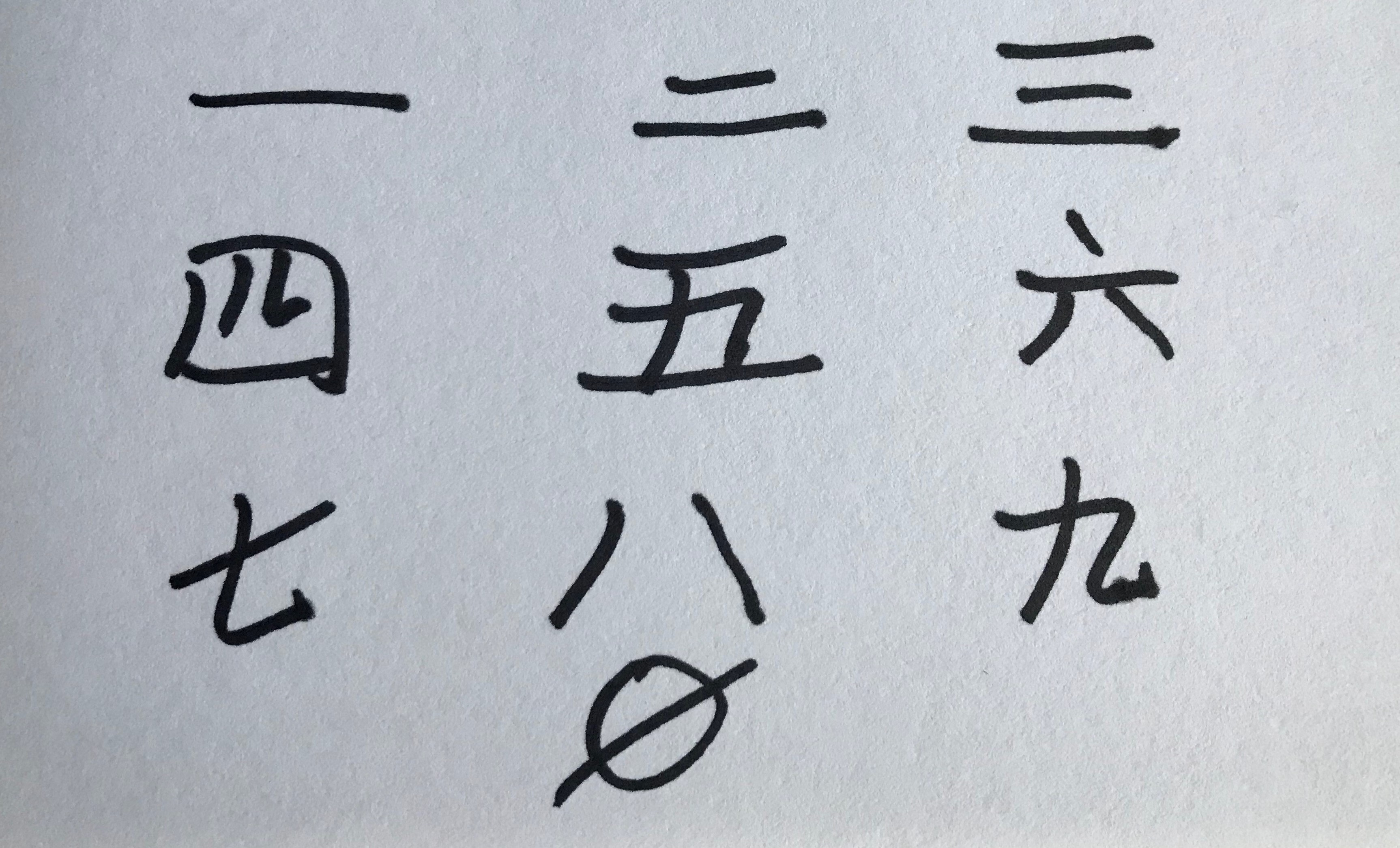